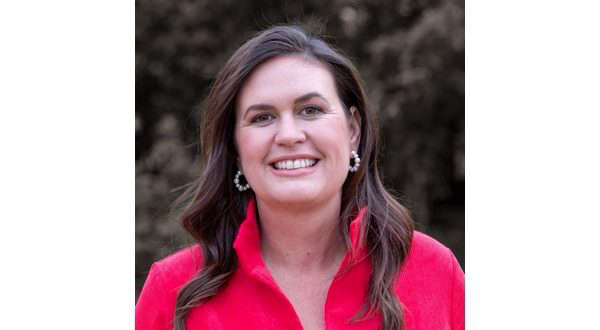 The full story below from KTLO:

On Monday, governor-elect Sarah Huckabee Sanders made several announcements which gave Arkansans their first look at what the inauguration will look like for the state’s first female governor. Sanders announced a list of events happening leading up to the inauguration as well as announcing the co-chairs and coordinators of her inauguration committee.

Arkansas philanthropists and business owners Jacqueline and Michael Retzer will co-chair the inauguration. The four-day event, “A New Generation”, will take place in Little Rock from January 7th to the 10th, culminating with Sanders taking the oath of office and hosting an inaugural ball. Sanders has also selected Cathy Lanier and Megan Turner to serve as inaugural coordinators.

Sanders states, “when I take office in January, I will be the first woman to lead our state and our nation’s youngest governor, ushering in a new generation of leadership. I want to thank Jacqueline and Michael Retzer, two individuals who impact so many lives across our state through their business, philanthropic efforts, community leadership, and volunteerism, and share my vision for implementing bold conservative reforms to unleash our state’s full potentialfor agreeing to co-chair this historic event. I also want to thank two longtime friends who both played critical roles in my successful campaign, Cathy Lanier and Megan Turner, for taking on the task of ensuring a successful multi-day celebration.”

In a press release from The Republican Party of Arkansas, several activities will take place in the historic inauguration. The occasion will commence on Saturday, January 7 with “Freedom Fest” in the afternoon followed by “Bourbon & Cigars with the First Gentleman” that evening. Tuesday, January 10 will begin with a “Prayer & Worship Service” before Sanders proceeds to the Capitol where she will take the oath of office and deliver her inaugural address. The festivities will conclude with the Governor’s Inaugural Ball at the Statehouse Convention Center and will showcase Arkansas and its wonderful people, food, music, and culture.