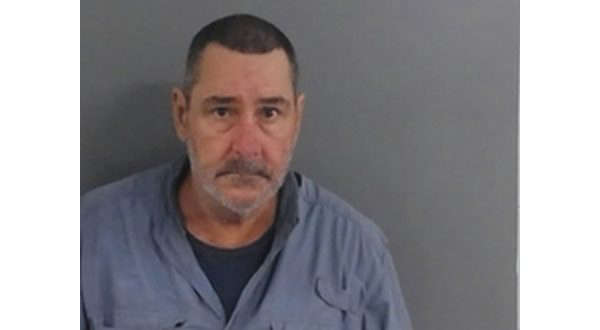 The state has filed a notice of intent to seek the death penalty for a man accused of killing a Flippin couple and stealing their truck.

The full story below by Phillip Launius, KTLO:

Sixty-four-year-old Dale Mark Stikeleather, who lists an address along Mallard Lane in Flippin, is charged with two counts of capital murder, aggravated residential burglary, theft of property and committing a felony with a firearm.

He is currently an inmate in the Marion County jail. No bond has been set for Stikeleather on the murder charges.

According to the probable cause affidavit, Jeffery and Kimberly Watson were found dead on May 11 in their residence along Mallard Terrace in Flippin.

A number of spent 9-millimeter cartridges were located at the murder scene.

A 2013 Ford pickup truck was missing from the residence. Investigators questioned a number of people living in close proximity to the home in which the victims were found.

Stikeleather, who was reported to live only about 1/10 of a mile from the scene of the murder, was not questioned because he was not at home.

The missing truck was electronically traced to several locations in the Houston, Texas area. Investigators said information on Stikeleather’s Facebook page indicated that he lived in the Houston area at one time.

One of Stikeleather’s relatives said she had not seen him recently, but did provide investigators with a phone number for him.

The suspect’s cellphone was “pinged” and it was also located in the Houston, Texas area and “in close proximity of the last known location of the stolen truck.”

Other evidence also pointed to Stikeleather being in the Houston area. He was located and arrested in the Houston suburb of Sugarland on May 16, according to the probable cause affidavit.

Stikeleather told investigators he went to the neighbors’ home to ask if he could buy the truck.

When Jeffery Watson told him he did not want to sell the vehicle, Stikeleather is alleged to have pulled a 9-millimeter pistol he was carrying and shot the man.

He said he then went to the back deck and shot Kimberly Watson. Stikeleather is alleged to have also admitted that he grabbed a knife and stabbed the woman.

When Stikeleather was apprehended, he was in possession of the murder victims’ truck and there was a 9-millimeter pistol in the vehicle that the suspect claimed was his.

Stikeleather has an open criminal case in Baxter County as well. His charges include theft of property.

In August, Stikeleather is reported to have gone to a Gassville car lot and said he wanted to drive a truck he was interested in to his bank so he could arrange financing.

When he did not return at the agreed time, car lot personnel went to work locating the missing truck.

When found, it was described as being “stuck in an area not intended for vehicle traffic.” Stikeleather was alleged to be intoxicated.

Investigators said Stikeleather “had no intention” of taking the truck to a bank as part of obtaining a loan to purchase the vehicle.

In addition, Stikeleather has picked up a number of driving while intoxicated charges across several counties, including Baxter and Marion.

In early March 2021, Stikeleather turned up at the Marion County District Court Clerk’s office demanding to file an appeal in two of his DWI cases.

He was reported to have been loud belligerent and combative.

When he left the office, staff noticed he was driving a vehicle. It was known that Stikeleather had no insurance, his driver’s license was suspended and was, most likely, intoxicated.

Law enforcement was contacted and Stikeleather was stopped by a Marion County sheriff’s deputy shortly after leaving the District Court Clerk’s office.

Stikeleather was not stopped for long. He took off, but was pursued and captured before he got far. The deputy reported Stikeleather showed signs of impairment, including bloodshot eyes and difficulty maintaining his balance.

The strong odor of intoxicants could be detected on Stikeleather’s breath, according to the deputy’s report.