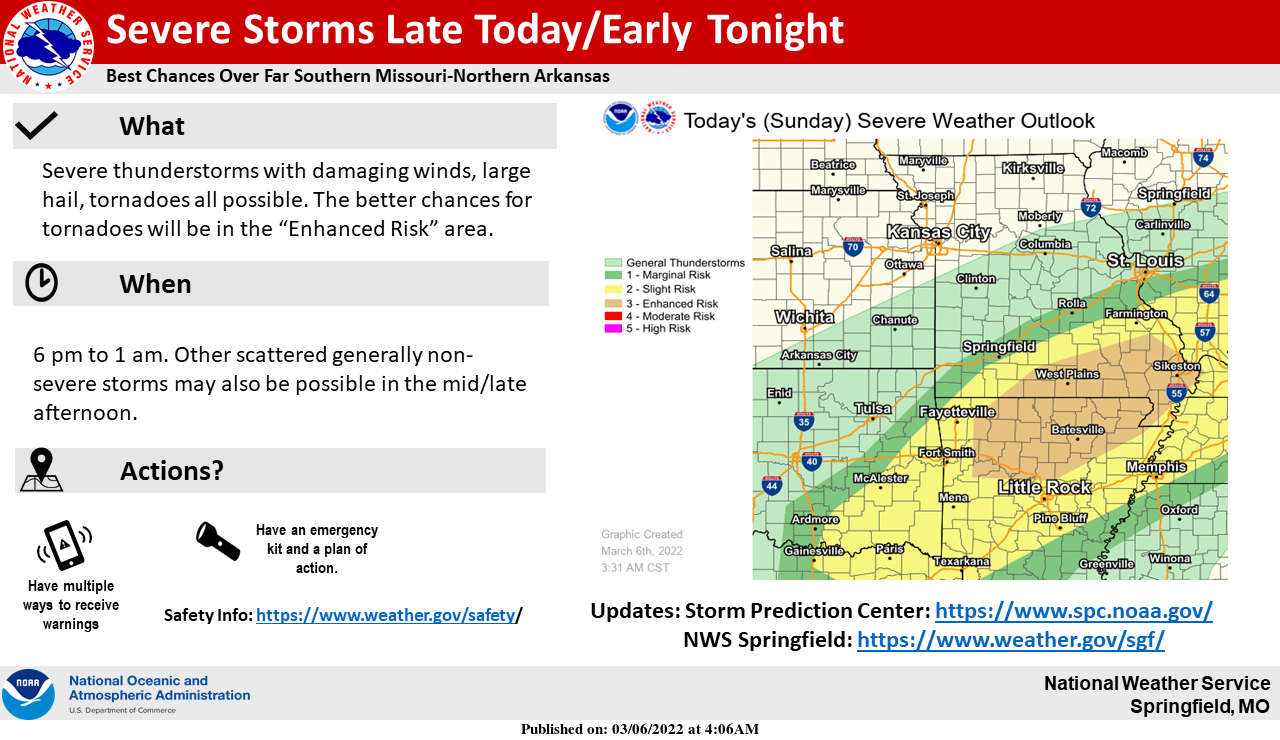 Tornado and Flood Watches are in effect for parts of the Lakes Region.

Areas of the Lakes Region on south east from a Branson to Huntsville line are the most likely to experience severe storms with an isolated tornado also possible. Some areas of heavy rain are also possible during this time with most of the storm activity expected to develop between 6 pm and midnight.