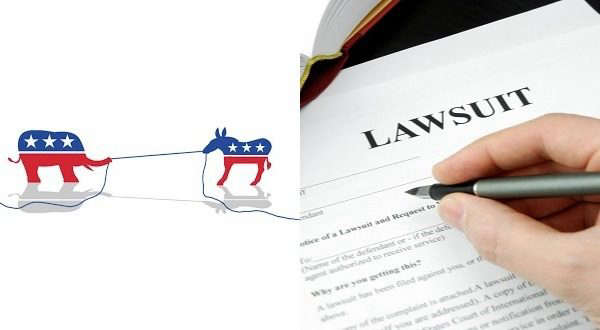 Another lawsuit has been filed against the new House District Map in Arkansas.

The story below from KTLO/Associated Press:

Heavily Democratic Pulaski County, which includes the Little Rock area, is currently in the 2nd District.

The plan “has placed illegal and unconstitutional barriers to the legitimate and natural growth of the state’s Black population to translate to increased political influence at the federal level,” the lawsuit said.

Republican Gov. Asa Hutchinson in October allowed the redistricting plan to become law without his signature, saying the removal of Pulaski County voters into other districts raised concerns. Hutchinson, however, said he decided against vetoing the map in deference to lawmakers and the political process.

The lawsuit was filed days after the one-week filing period for state and federal office in Arkansas. Republicans hold all four of the state’s U.S. House seats, both U.S. Senate seats, a majority of both chambers of the Legislature and all statewide partisan offices.

Democrats have tried unsuccessfully in recent years to flip the 2nd District, which Republicans have held since 2011.

Supporters of the redistricting map have said splitting the county makes sense since Pulaski County is in the middle of the state and helped limit the number of counties divided.

The lawsuit is the second challenging a redistricting plan in Arkansas. A federal judge last month dismissed a suit challenging Arkansas’ new state House districts after the Justice Department declined to intervene in the case. The judge had ruled that private groups couldn’t claim violations of the Voting Rights Act.

That decision has been appealed.

The residents challenging Arkansas’ new congressional lines asked for a three-judge panel to hear the case. The lawsuit asked the court to order the Legislature to redraw its map, or for the court to select its own redistricting measure.