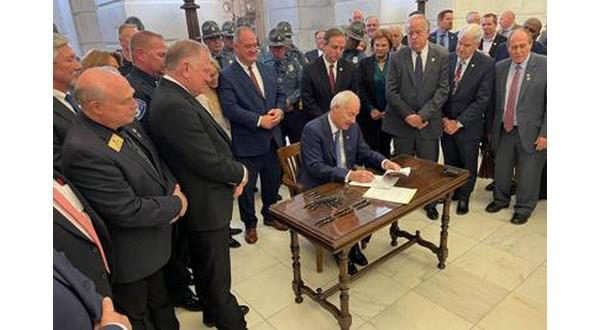 A pair of Bills to help Law Enforcement Pay have been signed in Arkansas.

The story from KTLO/Associated Press is below:

Hutchinson signed the bills shortly after lawmakers gave final approval to the state’s $6 billion budget for the coming year and recessed this year’s session. Lawmakers plan to reconvene next week to formally adjourn the session.